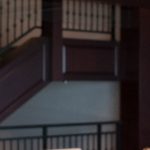 Stephanie C. Kan, 29, of Edison, New Jersey died April 1, 2018.  Stephanie was a gifted and talented attorney with the law firm of Hoover Slovacek LLP, in Houston, Texas, where she practiced since graduating from law school.  As a commercial litigator she particularly enjoyed the legal research and writing aspect of her practice and developed an interest in appellate advocacy.  She was admitted to the Texas Bar in 2016 and New York Bar in 2018.  Read More › 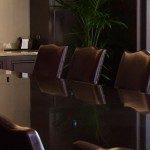 Howard Spencer Hoover, 90, died Tuesday, May 9, 2000. Mr. Hoover was born in Missouri on October 1, 1909, later moving to Green River Wyoming. After graduating from the University of Kansas and from the George Washington Law School, he was licensed as a lawyer in the District of Columbia. In 1935, he became an agent of the FBI, resigning in 1938 to enter private law practice in Houston. World War II interrupted his career, and because of his FBI background, he became director of plant protection of Vultee Aircraft Corporation, Downey, California, returning to Houston in 1954 to practice law.  Read More ›

Posted in
this is page.php